B. Jesse Clarke was the Editor and Art Director of Race, Poverty and the Environment (RP&E) from 2005-2013, where he assigned, edited, designed and published over 400 articles. The web version of the magazine serves over one million pages per year to over 25,000 unique visitors each month. 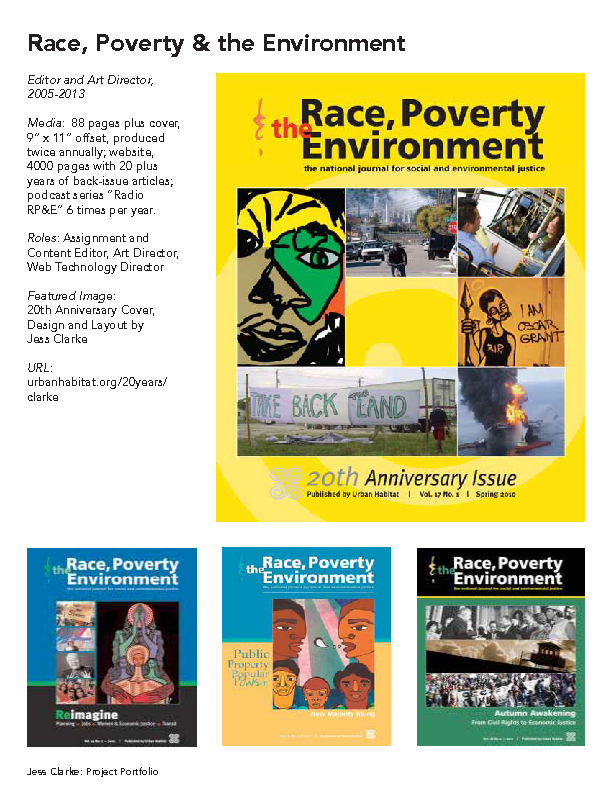 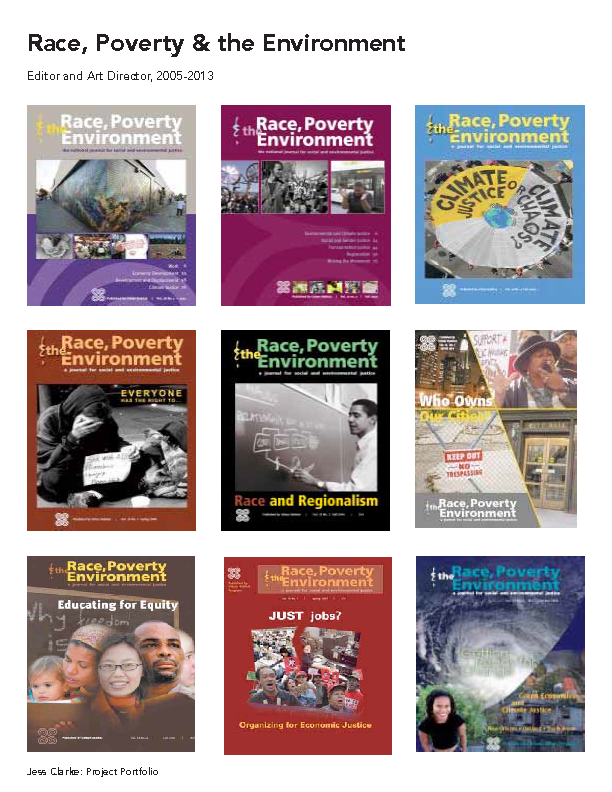 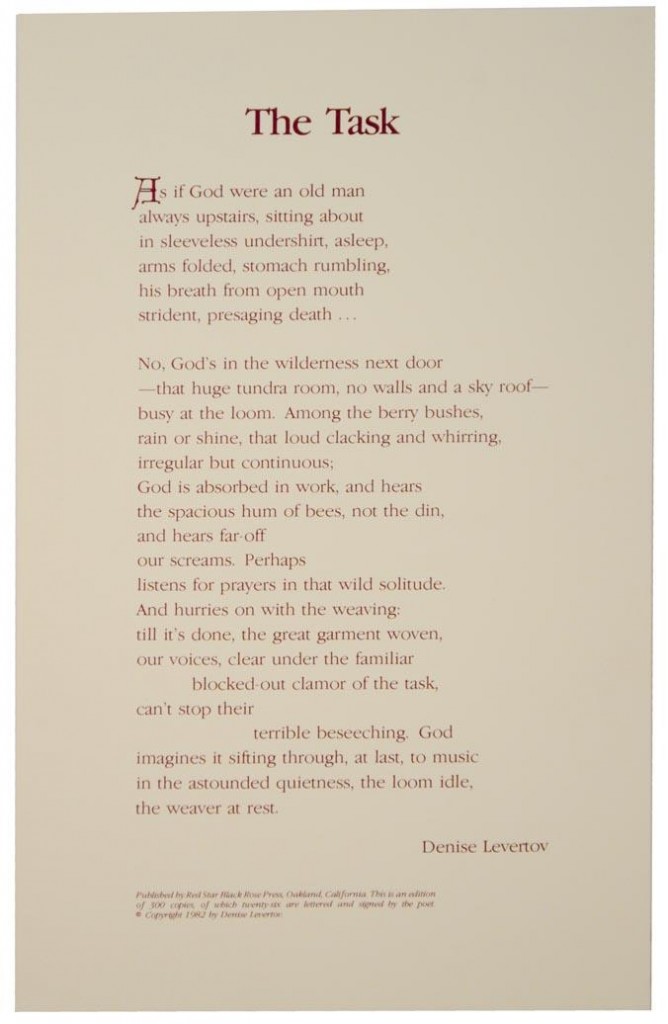 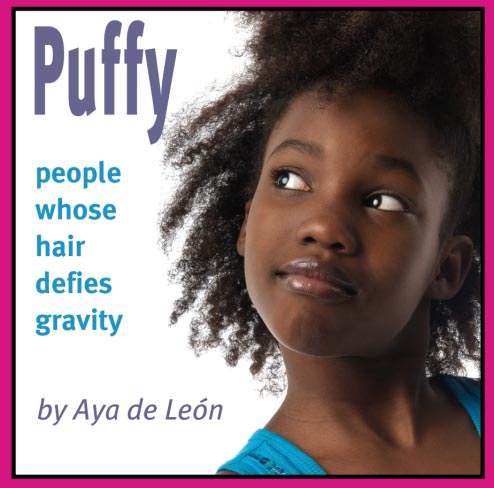 Red Star Black Rose provided layout and design for PUFFY, bringing it from a photo album to online book in one week. You can order the book through Amazon and other online retailers.

Description:
“Puffy: people whose hair defies gravity is a children’s book of text and photographs featuring kids, teens, adults, and families with naturally puffy hair. Writer/performer/educator Aya de León put out a call for photos. Individuals and families from far and wide submitted pictures that reflect the pride, wonder, and delight that so many people feel in having hair that defies gravity.”

Jess Clarke has lived in Oakland since 1979. A writer, publisher and graphic artist, Clarke was the Editor and Art Director of Race, Poverty and the Environment (RP&E)  from 2005-2013, where he assigned, edited, designed and published over 400 articles. The web version of the magazine serves over one million pages per year to tens of thousands of unique visitors each month.

Clarke has been creating community-based art in diverse modalities since the late 1980s when he worked as the program director for an arts center in San Francisco’s Tenderloin district (TREC). For six years Clarke directed writing, music, dance, sculpture, painting and performance workshops using a fusion of peer co-facilitation and guest artists.  Each year the workshop participants would come together to create a multi-media art celebration entitled “Spirit of the Streets.” These artistic collaborations, which included homeless people, Vietnamese immigrants, senior citizens, youth and all kinds of Tenderloin residents, were striking aesthetic and political productions that inspired, educated and entertained. This work was documented in Carol Heller’s book, Until We are Strong Together (Teachers College Press, 1997), other university published periodicals and books, by the cable access television program Paper Tiger, and profiled in the San Jose Mercury News, the Tenderloin Times the San Francisco Examiner.

He is the founding editor of Freedom Voices press, which has published over a dozen volumes of poetry from Tenderloin residents as well as novels, memoirs, and art books by diverse San Francisco-based and internationally recognized authors and artists. Clarke edited books by Piri Thomas, Mary TallMountain, Abena Songbird and Subcommandante Marcos.

In 1995, he was the writer and writing workshop facilitator for Pearl Ubungen’s Dance / Theater production “Refugee.”  The spoken word text for this site-specific work was created in dialogue with Tenderloin residents and refugees from Vietnam and Cambodia.  In 1997 he was Poets and Writers Inc. writer-in-residence at the Oakland Museum where he created the multi-media performance and book Image and Imagination; Encounters with the Photography of Dorothea Lange. The work was performed live at the Oakland Museum Auditorium and Oakland Library and presented in book form.  He was California Arts Council artist-in-residence at Media Alliance for three years (1999-2001) where he taught writing and co-directed the award winning San Francisco Arts Commission-funded project called Raising Our Voices. He was also the editor of  the award-winning publication MediaFile, from 1998-2004.

In 2006 Clarke was the lead artist in the SOEX Youth Advisory board public art poster project Street Works.  Working with students from a cross section of San Francisco high schools Clarke facilitated a poster arts project that was featured at 16 kiosk locations around San Francisco during the 2006-2007 holiday season.  Among other aspects of the project, Clarke led the students in a photo-taking and photo-shopping of images from the neighborhood and of themselves which were incorporated into the final image (http://soex.org/Event/84.html). In the spring of 2007 Jess lead another semester of the program that focused on book arts and resulted in the publication of a book of student created artwork and writing entitled Beyond Our Limits and a celebration of stencil art using spray-chalk to tag clothes and sidewalks at the reading celebrating the launch of the book.  (soex.org/education/32.html)

He is currently studying theater arts at Laney College and the Pan Theater in Oakland. He is the principal worker-owner of the design and production group, Red Star Black Rose.

Red Star Black Rose took this project from unformatted text files from Maria de la Cruz’s literary estate to published book. We provided the client (Laetitia Bordes S.H., Editor) with a Word template with custom styles that she applied. We imported those styles to Quark (preserving many hours of client formatting) where we did the final typesetting and pagination. Final output was a PDF-X-standardized format suitable to many Print on Demand (POD) systems. Cover design was done in Quark & Photoshop. Copies can be ordered below.

Waters of a Lifetime is the autobiography of Sister Maria de la Cruz Aymes of the Society of Helpers (1919-2009). From her early days as a child in Mexico, through the years of Vatican II and the following decades, Waters of a Lifetime offers an intimate history of a remarkable catechist that spans more than half a century.

RSBR Associates are available to work with your community organization, group, or school to teach graphic design to participants or employees. 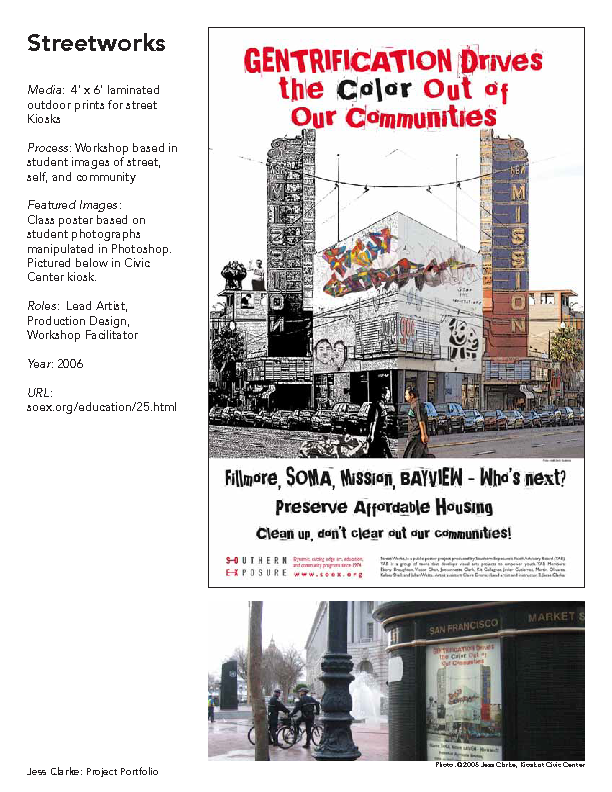 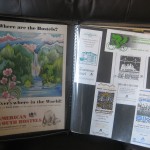 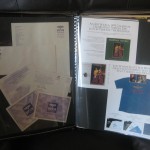 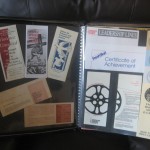 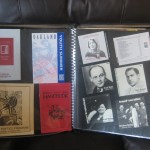 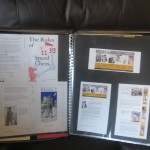 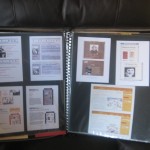 Christine Joy Amagan Ferrer is the the founder of Eyes Opened Media and editor of the eyesopenedblog.com. Ferrer brings creative excellence to editorial, media, and design projects. Whether working as an writer, designer, content manager, or web publishing editor, she delivers solutions for community organizations and individuals acting for the greater good.

Raised in San Francisco and born to Filipino parents, Ferrer is a creative visionary whose personal mission is to use the arts to liberate minds. She graduated from San Francisco State University with a Bachelor of Arts dual degree in journalism and dance. For almost five years, she worked as a designer, web editor and podcast producer for Race, Poverty & the Environment Journal and Radio RP&E (www.urbanhabitat.org/rpe).  In addition to production work on each issue of the journal Ferrer also curated online sections such as “Oscar Grant Memorial Arts Project” and “Reflections of Activistas.” More recently, Ferrer co-founded the Bela Alma Dance Collective. 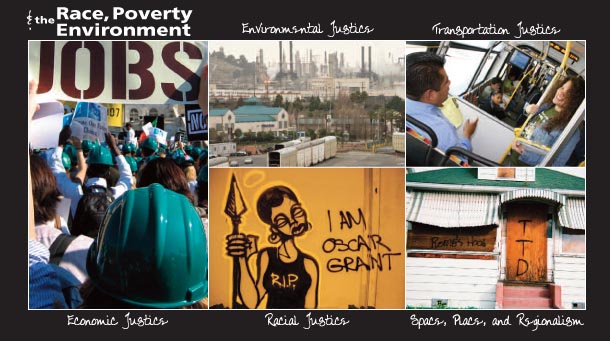